Our thanks to First Credit Union for a substantial donation

We are delighted to have received a substantial donation from the folks at First Credit Union.

Earlier this year, we were contacted by the Credit Union who told us that they were running a campaign to encourage their members to switch to e-statements. For each customer who switched, they were donating $5 to organizations working to preserve local forests and natural environments, in each community where they had a presence. On Bowen Island, the Conservancy was chosen as the recipient. This resulted in a donation of over $700!

We are very grateful for this donation, and for the recognition of our work by First Credit Union. 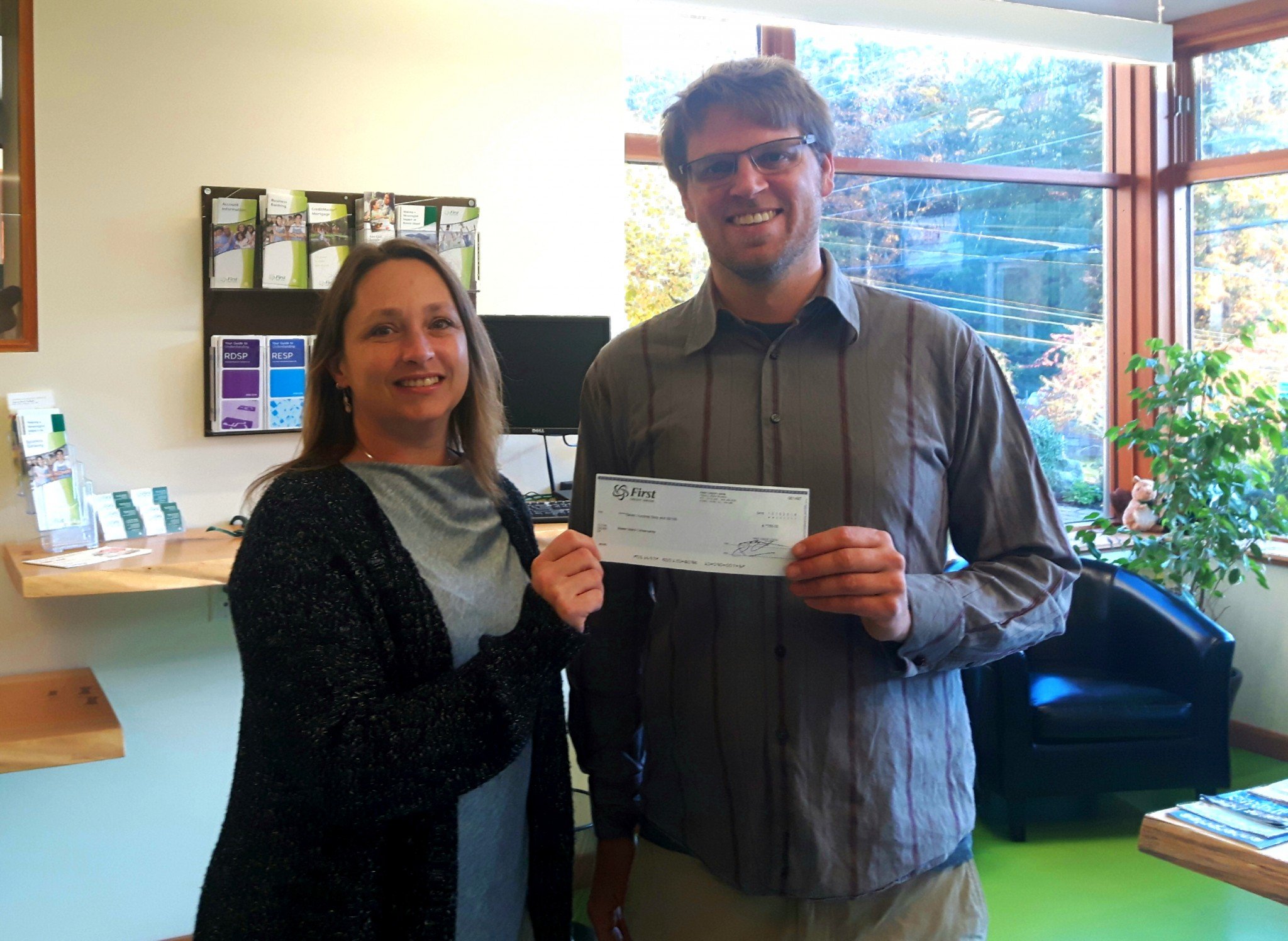