The Cape Roger Curtis lands consist of 255 hectares (631 acres) at the entrance to Howe Sound, on the south west corner of Bowen Island, just 20 km from downtown Vancouver. Before being acquired by developers, the lands embraced over 3 km of unspoiled coastline, mature second growth forest, rare coastal bluff ecosystems, and an extensive trail system of old logging skid roads. Cape Roger Curtis was the only undeveloped coastal tract of land of this beauty and size close to Vancouver. 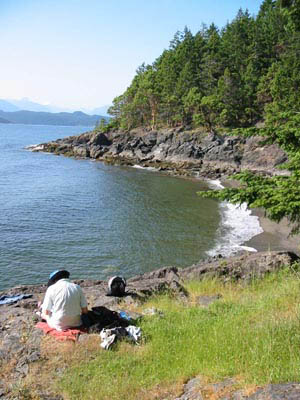 The beaches and trails on the western side of the property had unsurpassed recreational potential, for hiking, picnicking, swimming, kayaking, and diving. The Cape Roger Curtis lands were seen as the destination jewel in the “Cove to Cape” Greenway concept: the backbone of Bowen’s “Island of Walks” vision.

“What your father can hardly remember, you will not miss. What you now take for granted, or is slowly disappearing, your children, not having known, cannot lament.”—Kavlosky 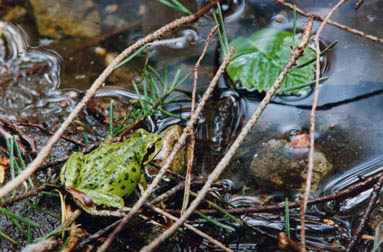 Despite the fact that the Cape Roger Curtis lands have been purchased by developers there is always a need for concerned citizens to make a difference. It is important that we continue to be advocates for the land and for continued public access.

You can help do this in many ways: